Horror is on a massive roll. The last several years have produced some phenomenal indie horror gems mainstream audiences are either just now discovering or have shunned altogether because “indie” still has negative connotations. But boy, was 2017 different. It’s a year where both mainstream and independent horror got its acceptance as a genre that’s more than blood and guts—even if they are a genre mainstay.

For as great as mainstream or theatrical horror was in 2017, independent gems outshined a majority of those big-budget productions. Horror in 2017 proved the genre can be something more, and with GET OUT and THE SHAPE OF WATER getting Oscar recognition while still falling in the genre—well, that’s just icing on the cake.

Now that 2017 is over, here are my top 10 horror movies of last year. Go and watch these. I promise you won’t be disappointed. 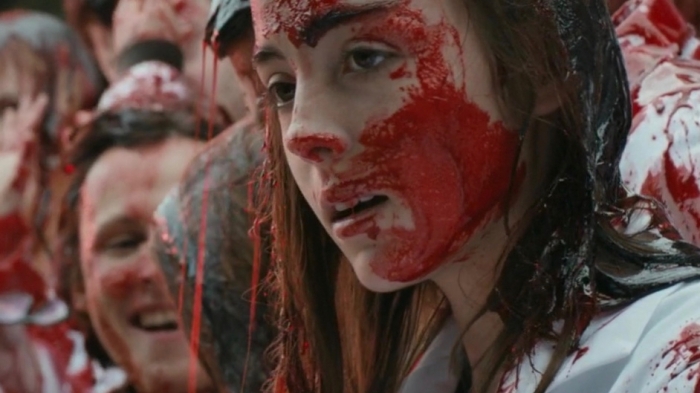 I have a thing for French horror. There’s an unnerving realism to the aesthetic that takes the horror genre beyond the fantastical monsters of nightmares and grounds it in realistic and brutal violence. The New French Extremity movement is still going strong, and RAW would fall lightly in the camp due to its reserved violence. Some find this movie hard to watch, and it’s not because of its brutality. The camera lingers and doesn’t pull away. This is what makes it so painful to watch.

No movie was more relevant in 2017 than GET OUT. Jordan Peele has proved himself to be not only a phenomenal director but a director who understands the horror genre. This is a movie that requires a second viewing because the revelations are astounding once you know how the film progresses. 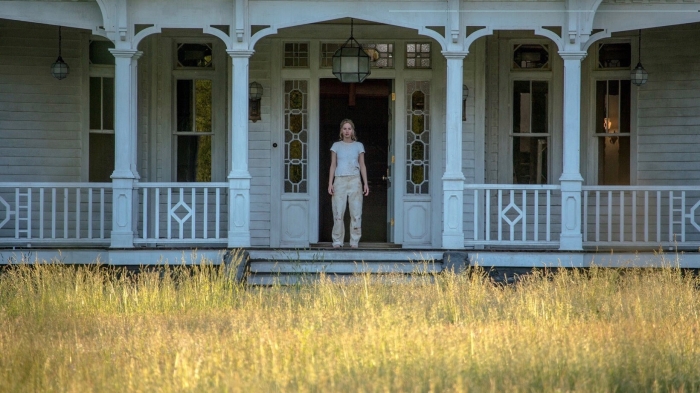 Love it for its allegory or hate it for its pretentiousness, MOTHER! Is a gorgeous film that proves everybody is just the worst. Saying too much will ruin the movie, and while the pace is a tad slow at the beginning the directing at the ending is world-class. It’s a brutal fill that some may not see as a horror movie, but it certainly falls in the genre space.

THE BLACKCOATS DAUGHTER is a slow burn crammed with a Hitchcockian feel that will undoubtedly turn off some viewers. Osgood Perkins, the son of Anthony Perkins (a.k.a. Normal Bates from Hitchcock’s PSYCHO), wrote and directed the movie. Now, being the son of an actor who acted in one Hitchcock film may seem like one or two degrees removed from an actual pedigree, but THE BLACKCOATS DAUGHTER shows Osgood has a real talent. This is a slow movie with a twist that slowly unravels until it explodes in a spray of brutal blood and violence.

M. Night Shyamalan is back. It was just a few years ago when his move THE VISIT hit theaters that people cautiously thought the once horror and genre master could be falling back into his groove of small, claustrophobic movies that put character and story over a twist. It’s a shame James McAvoy isn’t nominated for an Oscar for his role in SPLIT. Watch the movie, and you’ll see why.

This movie is HOME ALONE meets The STRANGERS. It’s an Australian flick (you’ll notice the doorknobs) that both subverts your expectations while delivering a fun, violent home-invasion movie. The kids are fantastic actors that sell a great story. It’s a fun movie that is worth a watch. It’s a holiday film that will go on my annual list of must-see Christmas movies because nothing says the holidays like a high body count. 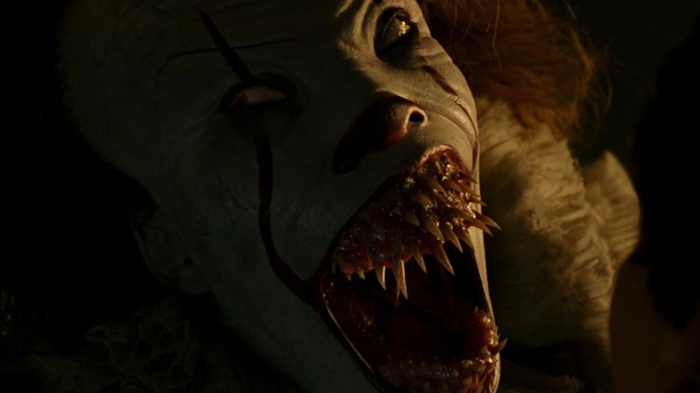 I debated putting IT on my list for several reasons. One, everyone saw this movie. And two, it made a buttload of money. IT is a competent movie with great characters that takes one of Stephen King’s most beloved and dense novels and does it justice on the silver screen. Yes, hardcore King fans have their gripes, but IT does something more than adapt an excellent horror novel into a great horror movie. While it does have an R rating, IT is an approachable horror movie that can be a great gateway to get your horror-phobic friends into the genre. It’s sneaky, and that’s why it’s on the list. 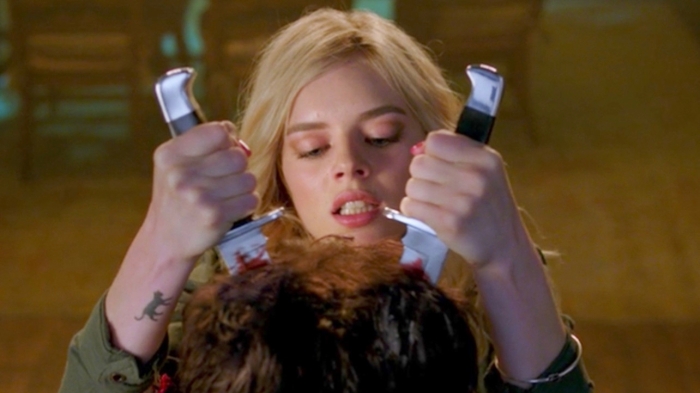 I was leery watching this movie. It felt similar to BETTER WATCH OUT with the whole babysitter trope that came out of nowhere during 2017, but I have no problem admitting I was wrong. The two movies couldn’t be more different. While BETTER WATCH OUT is a solid twist on the home invasion genre, THE BABYSITTER is what a horror comedy should be—fun. The acting is top-notch with enough ridiculous violence to make anyone smile.

Mike Flanagan is a horror master with just a handful of movies under his belt. He took on Stephen King’s GERALD’S GAME, a film many considered to be un-filmable, including King himself, and made a masterpiece of storytelling. The horror in GERALD’S GAME is more psychological and hits very close to home in the #MeToo era. And its execution is flawless. It’s a must-see Netflix movie.

How far would you go for fame and fortune? Would you make a deal with the devil? The premise isn’t new, but there was just something enjoyable about AMERICAN SATAN that made me put it on my list. From first-time writer-director Ash Avildsen, AMERICAN SATAN takes a cast of well-known and up-and-coming actors, blends a story of intrigue, drug, sex and rock ‘n’ roll, and delivers an entertaining movie.

This site uses Akismet to reduce spam. Learn how your comment data is processed.